As the last few days of Winter held on tight with thunderstorms and freezing temperatures, I became a little daring and decided to make Fish Chowder for dinner. Warm Fish Chowder and steaming homemade bread inside while outside it is icy and unwelcoming. Perfect. I found the recipe at Omnomicon (my new favorite recipe blog…not only are her recipes delicious and easy, but her pictures are beautiful as well).

The fish chowder recipe was a complete success. It was easy to make, it tasted great, and while making this dinner, I had one of my most exciting cooking experiences ever.

Remember when I first attempted bread and the sight of my bread actually rising made me jump for joy? No? Well, it was pretty darn awesome. And yet, that experience pales in comparison to what happened when I made the chowder.

As you’ll read below, after cooking the potatoes and onions in the pan, you add the fish broth, and top with the fish. According to the recipe, the fish will steam right there in the pan. You don’t have to do anything, just watch. I have to admit I was skeptical. Usually, when I try something new in the kitchen, things don’t work out according to plan. Here’s what happened: 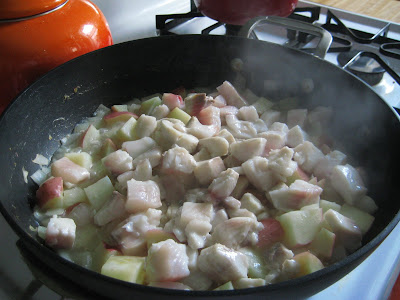 It worked! The fish was steamed beautifully! I stood there, amazed, grinning from ear to ear as that fish turned a beautiful creamy white. I also took about 20 pics of the miracle.

So, please try the Fish Chowder recipe. I hope it brings you as much joy as it brought me.

Once that gets going, fry up the turkey bacon over medium heat to extract all the fatness. Once the bits are crispy and brown, remove them and replace with diced potato and onion. Cook 5 minutes over medium-high, stirring frequently. By now the fish broth is done, so add it (and the fish if you like) to the potato and onion, then spread the cubed fish atop the veggies. Allow to steam (i.e. don’t stir) for 10 minutes, continuing on medium-high. (You’re gonna love this part!)

At this point, if you think your pan can’t comfortably handle an additional 3 cups of liquid, transfer the fish & veggies to a bigger pot. Add milk, condensed milk, salt & pepper. Bring to *almost* a boil (don’t let it bubble up big!) then reduce to medium-low, cover, and simmer about an hour.

My second favorite part: cutting up the fish, it was so springy! 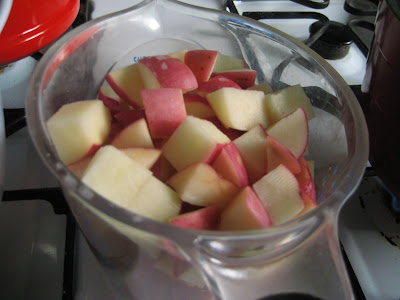 My picture of the potatoes. 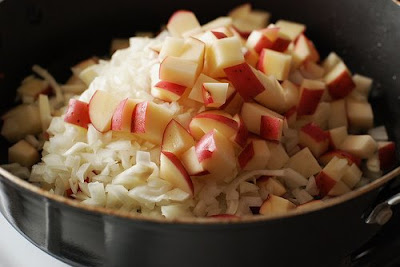 Aleta’s picture of the potatoes. (Much more appetizing). 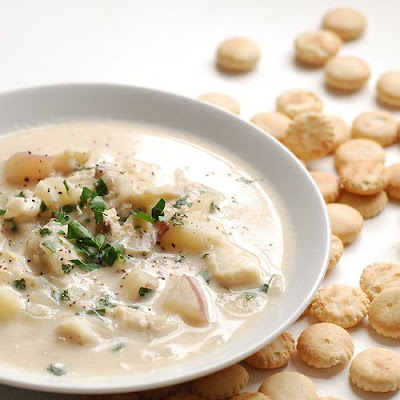 I won’t even bother showing you my picture of the chowder!
Recipe and photos found at www.omnomicon.com

Latest From The Blog